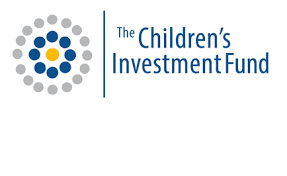 The Children’s Investment (TCI) Fund is one of the world’s most prominent ESG-concerned hedge funds, and often forms the vanguard of investor activism on ESG issues – especially around the environment and climate change. Despite the fact that they were never established as an activist, nor a climate-change fund – TCI have emerged as a preeminent and highly successful activist fund.

The fund was founded in 2003 by Christopher Hohn – with a seemingly singular purpose to make and donate as much money as humanly possible. As a man who turns International Finance on its head, Hohn has become a thought-experiment for anti-capitalists. He spends his day successful extracting a maximal amount of money from the system, keeping quite a bit for himself but then donating to the most important and critical causes through his own foundation.

“I considered being a doctor and working in a caring profession,” Mister Hohn told a divorce court in 2021. “[But] a dream or aspiration without resources is just that.” He talked about the strength of his desire to maximise the money he donated to charity, compare it to a drive to “play for Chelsea or be a top QC”.

And, it worked. The fund donations to its charitable foundation are now voluntary although the contributions are so substantial that the Children’s Investment Fund Foundation now sits at a very tidy $7bn – larger than most university endowments. Recent foundation work includes providing 5 million self-administered HIV test kits, 1.8bn de-worming treatments administered and $500m for the Global Climate Action Summit.

TCI runs two funds from its London offices: Equities and Real Estate, with equities by far the larger of the two.

As of the most recent public disclosures (2018), the third version of the Real Estate fund was targeting a final $3bn AUM, while the Equities fund sits at a very tidy $34bn.

It’s the equities fund which drives our interest since this is the platform from which Christopher Hohn and his team persue their ESG activism – with very serious and very successful board resolutions being proposed, tabled and succesful voted through. In particular, the team have pushed comprehensive action on so-called ‘Say on Climate’ votes – for more see ESTea passim.

Throughout 2018 and 2019 TCI lined up a series of high-profile ESG targets, stopping only in January 2020 as the Pandemic began to bite hard. Over the past year and a half they’ve kept up these lobbying positions. although they haven’t further extended them.

Below is a select of their most high-profile investor letters which give a taste of their thinking.

TCI publicly engaged with Airbus on the subject of emissions and emissions disclosure with a robust and strongly worded letter make wide-ranging demands from Airbus. TCI looked to pressure the aviation giant on three fronts: completing a more substantial climate risk plan, efforts on decarbonisation and undertaking lobbying of regulations asking for further decarbonisation efforts at a European and global level.

At the time of TCI’s Letter to Alphabet (google), they had a .6% holding in the company and TCI still maintain GOOGL as one of their top ten investments. The letter makes similar requests of the tech giant, as TCI made of Airbus: Emissions disclosures and transition plans, but without the specific decarbonisation changes.

The letter also contains the type of praise not often heaped on by a hedge fund manager congratulating Google for its work on carbon neutrality, purchasing renewable energy and message on climate resilience.

The letter sent to TCI was especially threatening and noted specifically that “[TCI] will also evaluation divestment where a portfolio company refuses to disclosure its emissions and does not have a credible plan for reduction”.

It’s clear that TCI sees S&P and their minor holding as a way to leverage the global markets into taking climate reporting more seriously. The letter both strongly presses S&P to pressure listed companies into their own disclosures and praises them for acquisitions in the ESG ratings space. thereby twisting S&P’s arm into performing a pincer movement on listed companies where both bad and good results are highly visible in the market.